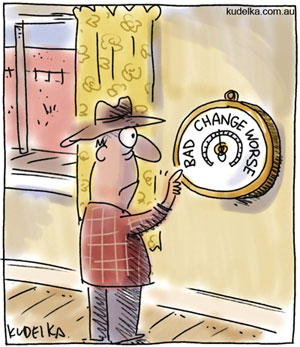 I have now tried several times to shape a post which defines, in a nut shell, the case against the CASA actions framed within the CVD argument.  Can’t do it; just end up hammering the keyboard and listing every curse and swear word I have in my lexicon.  Waste of time.

Pel-Air defined the pre Skidmore era; the Senate exposed the venal nature of the CASA organisation and defined much of the problematic system industry is forced to work under. Changes demanded by a Senate committee have been not only ignored, but the system has actually moved toward further reinforcement of the supporting structure which allowed CASA and ATSB to get away, Scot free.  Not only has James been denied justice, no one has been prosecuted for gross breaches of the regulations as they apply to CASA; not even a mild rebuke or censure has been issued.  In short, the Casamites have, once again, gotten away without a scratch from an act of sheer bastardry.

Warren Truss then employed David Forsyth and an expert crew to examine the situation and report; once again change was recommended.  Once again CASA simply ignored the recommendations, flips the Minister the bird and it’s business as usual at Sleepy Hollow.

So why was the industry expecting any change in attitude toward minor matters, such as the treatment of CVD pilots?  Combined with Pel-Air, the two provide a perfect snap shot defining exactly the industry woes.  It was never seriously expected that a magic wand would be waved and it would become instant open slather for CVD; nor was it ever dreamed that Pel-Air and Forsyth would produce instant harmony; but it was reasonable to expect some changes, even a shift in attitude would have sufficed.  Alas, we skid evermore closely toward the abyss; anarchy, not from industry mind you, but from those who regulate it.

Skidmore was brought in, up front for a half year an apologist, a listener and a leader of men. Well, so much for that pipe dream, gone to bitter dust.  Rather than reconciliation we have a declaration of open war; 61 is to be spun into a desirable change making ‘us’ a world leader; yet in the CVD matter we are to be a ‘fast follower’.  Apart from the glaringly obvious, the subtle, sinister implications of these two overt ‘get stuffed’ actions speak volumes on what we may expect and that, boys and girls, bears no resemblance, whatsoever to the promised reforms, changes, or any of the other sane, sensible measures proposed by the Senate or Forsyth.  Not much hope of the Minister intervening; which leaves industry ‘stuck’ with it.

I even went all the way back to page one of the ‘Empire strikes back’ thread on the UP.  Read the whole thing.  All there, the implications, the anger, the whole shooting match, all there for the idiot child to read and perhaps, get a sense what industry would like to get for it’s money.  Wasted effort; as were all the fine submissions to the Senate and Forsyth.  CASA has it’s new leader, in the old tradition.  I can only think that Boyd and his board may put the brakes on, before it’s too late, but we are getting very close to crisis; anytime now would be good Jeff.  The sooner the better actually.

I posted the following on the UP, ages ago.  It is a great sadness to me to find that after all the time, money and effort invested, the twiddle remains as valid now, as it was back then..FWIW

Quote:The ‘treatment’ of CVD pilots by the Australian authority is only the tip of the ice berg. Without too much effort I could provide at least a dozen operators who have been given ‘the treatment’; then, with even less effort provide a list of as many pilots, within 20 miles of where I sit now who have had or are experiencing the CASA ‘treatment’.

This final outrage is one step too far: the breath-taking arrogance highlights the presumptive attitude to ignoring not only the ‘law’, but human and constitutional rights, anti -discrimination laws, common sense, human decency and dignity: all this with the assumption, and sure knowledge that with impunity, they can get away with it.

The CASA letter to AOC holders sums up the art of embuggerance– if YOU haven’t read it, you must. Any sane, rational person who reads it can be left in no doubt as to the duplicitous, arrogant, cowardly, bullying nature of the regulator. Even those amongst us who have had an ambivalent, tolerant, mildly amused attitude toward the CASA antics, must now start to see the pure evil inherent in the system.

More so than even the Chambers report, this letter defines precisely the ills which beset industry, think about what the letter says and the implications – it is truly disgusting.

Quote:Quote:
In the meantime, CASA has written to all potentially affected pilots advising them to consider whether t is safe for them to continue to exercise their flight crew privileges subject only to the existing CVD related condition, and encouraging them to seek the advice of their personal physician or Designated Aviation Medical Examiner about any adjustments that should be made to their flying practices, pending the outcome of CASA’s review.

As I told recipients of that advice I would be doing, I write to you now, as the holder of an Air Operator’s Certificate (AOC) who may employ one or more affected pilots, to encourage you to consider whether it is safe to allow those pilots to continue to exercise flight crew privileges under your AOC, subject only to the existing condition, and what adjustments to those arrangements you may consider to be appropriate, in the interests of safety, pending CASA’s further determination of the matter.

I doubt the Faraway Muppet has the mental horse power to write this missive. The U-bend tube episode of the purported author at the –-; watch as he who needed to be repeatedly fished out of his own mess by his lord and master, was ultimately dismissed as irrelevant. Watch the first 3-4 odd minutes.

If minister Truss or his team ever had any doubts that ‘we have a problem’ the letter should allay those doubts. In fact Truss should be screaming for a swat team to get over to Sleepy Hollow and sort it out, before the world and the media realise the size of the monster and the evil within the beast.

Minister, they have to go – and they have to go now. This letter is a national disgrace and embarrassing to the government at a time when the eyes and ears of the aviation world are on Australia. The Kiwi’s must be rolling about the floor, laughing.  Let us hope their mild amusement and tolerance of antipodean antics does not turn to derision.

MTF? – I dare say.  Once I come to grips with the duplicitous embuggerance and shameless bastardry of it all.