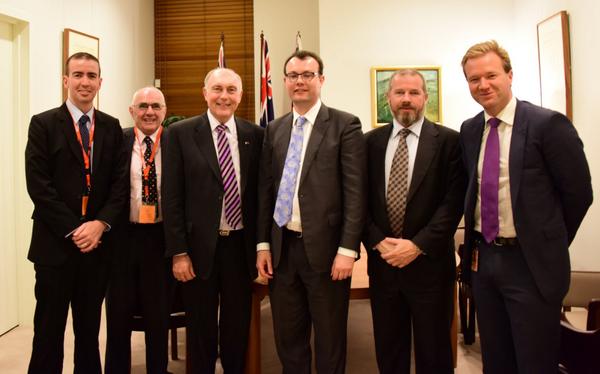 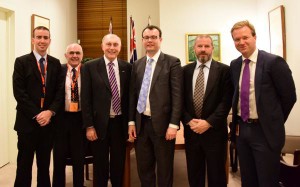 There have been two significant meetings with the Director of CASA, Mr Mark Skidmore on the topic of the Aviation Colour Perception Standard (ACPS). The first was on June 22nd at Aviation House, Canberra, CASA headquarters. The second was in Queenstown, New Zealand where the CASA Director and his New Zealand counterpart, M Graeme Harris, met jointly with our affiliate group in New Zealand, Colour Vision Aviators (CVA) on June 29th.  The CVDPA and the CVA are collaborating closely to fight the discrimination against CVD pilots, as you will see from the attached documentation. As a result of these encounters with both directors, the CVDPA is left in no doubt that CASA’s act of total bastardry in June 2014 in its assault on CVD pilots will not be reversed in any way by the new director. Of paramount significance were the two points: (1) the CASA Director was shown a film clip of the CAD test and declared that to him the test does simulate an operational situation, and (2) the changes implemented by CASA in June 2014 were just a “clarification of the standard that was already there”. We witnessed what appeared to us to be open disdain and disregard for the AAT decisions and the rational choices of earlier principal medical officers (PMOs) that had placed Australia in a world leadership position in regard to aviation colour vision policy. We heard that the preference would be to be “fast followers” rather than “leaders”, and that the leaders would be ICAO. The CVDPA has therefore, sadly, come to the conclusion that CASA’s claims of being a “risk based and evidence driven” regulator are mere rhetoric, and we are left with no practical alternative but to litigate in the Federal Court against the lawfulness of the CAD test. The CAD test lies at the heart of the above-said act of bastardry, and demonstrates the blind regulatory prejudice that colour vision defective pilots continue to suffer. Steps are being now taken to set the process in motion. Documentation:

Supplementary material provided to the Director:

The reason for including the material propagated by the NZ PMO in our submission to the CASA Director is that to the CVDPA it is clear that his fingerprints are all over the changes to CASA’s implementation of the ACPS of June 2014. In that foul stroke of a pen, Australia became aligned and “harmonized” overnight with NZ policy. Note again, that the NZ PMO’s published paper was the only reference given for the CASA change of implementation. The only material I have left out is the Case Study documentation given at the meeting in Canberra that includes the personal details of brave CVD pilots who agreed to be a part of our case presentations to CASA, detailing their names, ranks and experience as well as their CVD categories. Finally, if anyone considers this to be a matter of interest only to pilots or potential pilots with colour vision deficiency, please think again.   This matter is merely one manifestation of a broader failure of CASA to take a risk based and evidence driven approach to medical certification and aviation regulation generally.   Please do not sit on the sidelines and watch other people fight the fights to try to fix problems that may well be yours one day, if not already.