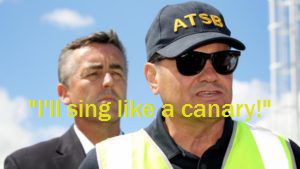 Since the happy cave days; where everyone did pretty much as they liked – until someone objected; then there was a dust up to settle matters. Since then mankind has attempted, in many various ways, to control their own environment. History clearly records the trials, tribulations, successes and failures of various systems. We now have a ‘democracy’ an ancient concept; we appoint leaders in whom we feel we can entrust our peace and prosperity. We expect men of good will to not only protect our personal well being and safety but that of the entire nation. We call these folk politicians. They form ‘the government’. 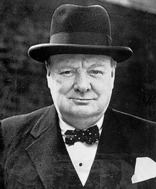 “Many forms of Government have been tried, and will be tried in this world of sin and woe. No one pretends that democracy is perfect or all-wise. Indeed, it has been said that democracy is the worst form of Government except for all those other forms that have been tried from time to time.” ― Winston S. Churchill, Churchill Speaks: Collected Speeches in Peace and War, 1897-1963

Back before the Wright brothers; flight was but a dream of visionaries – but we managed to emulate the birds (almost) and took to the skies. During aviation’s infancy, adolescence and indeed into adulthood – there were accidents. Tragedies which cost many lives, not many more and a few less in some cases than train wrecks, bridge collapse, ships lost at sea etc. But, for some reason, aviation was seen as being an extraordinarily ‘high risk’ affair. Rightly or wrongly is academic now, for the die is cast and aviation is stuck with it. Fair enough – no one argues that some rules are needed; and, no one did. So busy launching ‘flight’ and either dazzled by the potential profits; or, struggling to stay afloat – aviation companies bent over and accepted the increasing restrictions. Then, moved both heaven and earth (and the bit in the middle) to find ways of survival and ‘beating’ the rules. Enter the Dragon. Governments countered these efforts with ‘departments’ who were charged with mediating between safety and sanity. A fair call, there are rouges and charlatans everywhere and government cannot be everywhere; and so the regulatory saga began. Well intentioned – sure; but, we all know what the road to Hell is paved with, don’t we? BUT, and here’s the rub, those men of goodwill who decided to create a ‘department’ always, until now, had responsibility for and control of the actions of that department. No longer. The departments are running the minister responsible – ‘tis true. For example:- 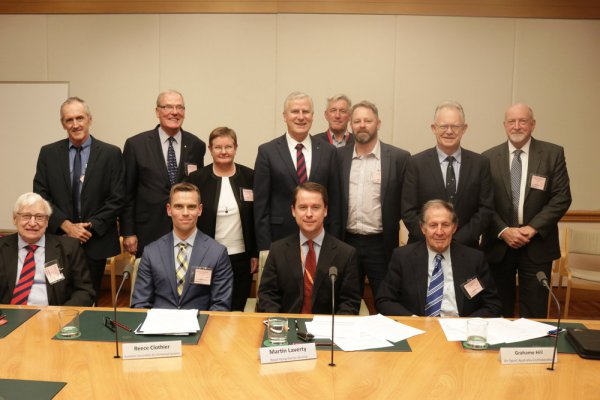 P2_Hmm…I guess the CASA Iron Ring have considered and decided that it is not in their self-interest/self-preservation to change their overly prescriptive, strict liability, Big R-regulator methodology for the writing of regulations; nor is it apparently in their interest to reduce industry regulatory burden by harmonising our aviation rule-set with the rest of the world…

There exists, within the official Hansard of the Australian parliament, a significant history of this aberration. Successive, captive crown ministers being ‘persuaded’ to stay out of matters aeronautical and leave it up to the highly paid experts. There is a clearly defined, historically accurate record of this occurring. Up the point where today, there is absolutely no government control of the actions or spending of our Civil Aviation Safety Authority (CASA).

Senator Sterle – “..CASA has an incredible power over ministers. You must have some fairy dust that you sprinkle on them, because they all believe every word that you say. The minister was put under the pump and so you say, ‘Okay, minister, will do an inquiry. She’ll be right. Go and announce it.’ You have not even done the terms of reference and you are trying to tell us that it is going to be done in a couple of months. I have no faith in you…”

Mr Carmody – “..Those conditions have been in place for five years. The ATSB report is due to be handed down in three weeks. I’m considering the approach from Mr James, but I will not make a decision until after the ATSB report is finalised. I just want to make that clear..”

Totally and utterly a law unto themselves; with the power to do whatever pleases them best. A multi million dollar taxpayer burden, outside of all or any control, whatsoever. Above the law and proud of it. Look no further than the Essendon accident to see how deeply corrupted the safety oversight system has become; ATSB, CASA, DoIT all involved, with ministerial support? or simply a blind eye. No matter  – it is simply wrong.

“The government is merely a servant―merely a temporary servant; it cannot be its prerogative to determine what is right and what is wrong, and decide who is a patriot and who isn’t. Its function is to obey orders, not originate them.” ― Mark Twain

Perhaps it is time for those elected to unclip the leash and stop being departmental lap dogs. The industry is demanding that the elected minister institute reform of both regulation and the regulator. The time for politely suggesting that CASA ‘consider’ anything is well and truly over. Don’t ask ‘em, tell ‘em: it’s is simple enough instruction – adopt world best practice, now, or leave. That is what the people want and that is what the minister should deliver. Once choice, no options.

I note Senator Sterle (legend) has moved a very quiet, politically safe, little contretemps’ into the wings; waiting it’s turn to tantalize the audience, in the form of a Senate Inquiry. I am obliged to run a book on the outcome; bets are coming in faster than I can sort the odds. No matter; there is history to fall back on. The ‘book’ made a small sweet fortune off the Pel-Air inquiry – no brainer. An elegant sufficiency was provided through Forsyth – another no brainer for a bookie. The small battle of Wagga-Wagga provided even more Choc Frogs to Aunt Prue’s stockpile. In short; when the time comes; I expect the usual winners to romp home at short odds. People punt with heart and mind; but they bet against history. Unless Sterle opens up the small gap he is attempting to widen, into an orifice through which government control can be re-established, then the AP book will, once again, come out ahead.

“If you have an important point to make, don’t try to be subtle or clever. Use a pile driver. Hit the point once. Then come back and hit it again. Then hit it a third time – a tremendous whack.”  ― Winston S. Churchill

Gods know we need to reign in the regulator; Blind Freddy can see that the CASA board needs teeth; and, there is an entire industry, moving off-shore, as fast as it may, taking it’s money with it to avoid the existing situation where Forsyth sense and industry sensibility is not only denied voice or vote; but has no one who will listen –  even if they had. Glenn, mate I hope your inquiry is the thin end of a very large wedge. Remember:-

“The best way out is always through. ” — Robert Frost

I know, P2 will call tomorrow – “bit dark mate” – he’ll say. My excuse is a simple one; this industry is deep in ‘do-do’ struggling to survive; I’d love to be able to write of a wondrous, sunny, windswept morning where ‘control’ reverted to those we elect and common, good, experienced sense prevailed– alas. 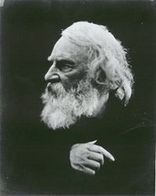 The heights by great men reached and kept
Were not attained by sudden flight,
But they, while their companions slept,
Were toiling upward in the night. ― Henry Wadsworth Longfellow

Aye well; that’s probably more than enough potted rambling for a while. My feeble attempt to get this industry off it’s arse, out of the Big R shadow and onto the road to recovery. Probably end up with another entertaining 12 month while the Senate once again throws rice pudding and wet lettuce leaves at the CASA bastion ending in request to consider the rightful demands of a crippled industry. Why, I wonder, does that not fill me with hope and sunshine?

Away to me dogs;