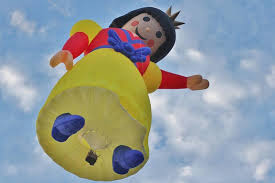 Senate Investigates – Again.
All good questions GD; but the one I’d like to see answered is will the Senators actually achieve anything – this time?   ATSB walked away giggling, CASA blew them off then had a party, why should ASA be remotely concerned?   In terms of heinous crime detection, they have done quite well; but their conviction rate is very, very poor.  If they were on a bonus system for putting away ‘black-hats’, there would not be much to throw about at Christmas.  Look at the wrongs they exposed during the Pel-Air pantomime; no prosecutions from that, not a sacking, scarcely a resignation; not even the odd censure.  And there was, you’ll admit some pretty fancy charges to be laid; all for naught.

Now they are thundering off in hot pursuit of the likes of Clark and his underlings.  Staib and Co. will probably front, contempt not to, but they have had a good long while now to get their stories straight, the AG was never a contemplated option. The cleaners should have been put through the whole operation; forensic audit of everything and any serious questions raised from that answered in full public view. The press won’t give a toss; and, the public is now so used to being ripped off they are inured to it.  It’s tut, tut and back to MKR or the ‘footy’ for them.
I’ll probably sit through it; only because it’s slightly more interesting than MKR; but not too excited about ‘explosive’ evidence’ they’ve had that before and failed to achieve anything with it or even use it.  Anyway, now that CASA legal have destroyed parliamentary privilege, most of the ‘juicy’ stuff will be ‘withdrawn.   If aviation oversight, accident reporting and the criminal venality of those bodies cannot, with empirical evidence be cleaned up in the public interest; then another few million; down the Swany one way or another ain’t going to signify.  The Murky Machiavellian crew will either roll ‘em; or ignore ‘em, brushing off the irritating insect bites with open contempt.
Nah mate, tinplated, forgone conclusion Senate 0 – MM Crew 10.  But popcorn, beer and good company are always appreciated, as are the laughs.