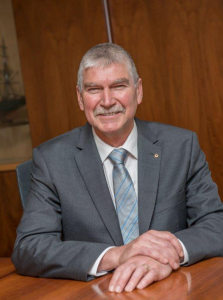 Senator FAWCETT: Mr Mrdak, as secretary of the relevant department, how would you propose to engage with the coroners to make sure that we, as a nation, close this loophole to make our air environment safer?

Mr Mrdak : I think Mr Dolan has indicated the relationship with coroners is on a much better footing than it has been ever before. I think the work of the ATSB has led that. I think it then becomes a matter of addressing the relationship between the safety regulators and security regulators, as necessary, with the coroners. It is probably one I would take on notice and give a bit of thought to, if you do not mind.

Senator FAWCETT: You do not accept that your department and you, as secretary, have a duty of care and an oversight to make sure that two agencies who work for you do actually complement their activities for the outcome that benefits the aviation community?

Mr Mrdak : We certainly do ensure that agencies are working together. That is certainly occurring. You have asked me the more detailed question about coroners and relationships with the agencies. I will have a bit of a think about that, if that is okay.

Perhaps the most disturbing observations about all of the above, was that the Hansard passage was from Budget Estimates in May 2012 – nearly 3 years ago – & yet in that time the QON – plus the 407 ATSB/Coroner safety issues – continue to be obfuscated and are still outstanding…FFS!

i.e. the importance of closing the safety loop…

The following is an excellent article posted in The Mandarin  yesterday, 20 April ’15: 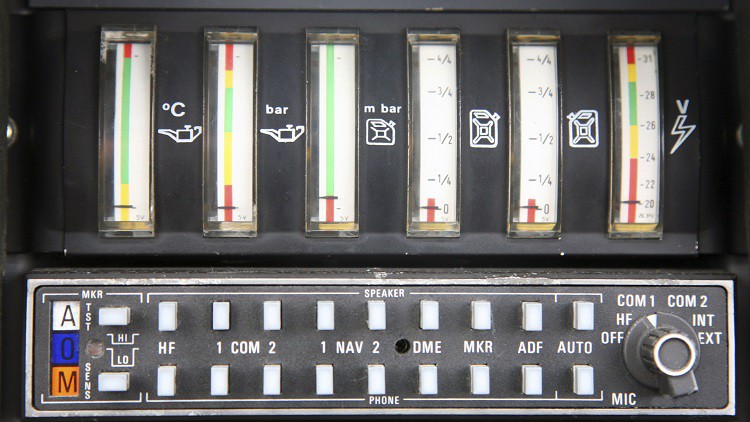 CASA and the ATSB — both regulators who pick up the pieces after air crashes — were in a dogfight ten years ago. The new director of aviation safety says there is no reason for antagonism between their complementary roles.

The relationship between the Civil Aviation Safety Authority and the Australian Transport Safety Bureau has at times been headed for collision. A slow, iterative building of trust has resulted in new clearly spelled-out boundaries, as the two agencies renewed their vows last week with a new and improved memorandum of understanding.

“The MoU clarifies and confirms the different, but complementary roles and functions of the two agencies,” Skidmore told The Mandarin. “The difference between the agencies’ responsibilities are sometimes characterised as antagonistic. They are not.”

The two regulators and their predecessors — whose responsibilities and staff members meet in the emotionally charged field of air crashes — have had formalised arrangements for decades but Skidmore traces the latest one back to the tragic Lockhart River disaster 10 years ago. CASA copped heavy criticism from the families of the 15 victims after the airline’s shonky practices were revealed, and the coronial inquest that followed showed there was little trust between ATSB and CASA.

Queensland coroner Michael Barnes believed CASA had explicitly instructed its lawyers to make a “sustained attack on the integrity of the ATSB’s investigation report” and perceived a “serious, ongoing animosity between the two organisations” that drove him to write:

“In this and previous inquests I have detected a degree of animosity that I consider inimical to a productive, collaborative focus on air safety. CASA’s submissions in this inquest suggest there was a danger of the ATSB’s recommendations being ignored and I continue to detect a defensive and less than fulsome response to some of them. I am aware that others in the aviation industry share these concerns, although I anticipate the CEO’s of the two agencies will disavow them.”

Barnes recommended the minister consider intervening in the relationship, which led to a review by eminent lawyer Russell Miller, which in turn saw a new three-year MoU signed in 2010.

Skidmore says work on further adjustments had already begun when senators again raised questions about the relationship in 2013 in the context of an inquiry into aviation accident investigations. That inquiry was prompted by criticism of both ATSB and CASA investigations into another crash, the 2009 ditching of a Pel-Air CareFlight plane near Norfolk Island.

“Amongst other things, the committee recommended that the MoU be re-drafted to remove perceived ambiguities in relation to information that should be shared between the agencies in connection with accident investigations,” Skidmore explained. Better information-sharing protocols, he says, is one of the key strengths of the new MoU:

” … it is essential that information be shared between the two agencies, with a view to maintaining as well as improving safety. Insofar as the provision of information by the ATSB to CASA is concerned, this sometimes requires balancing the immediate interests of safety, with the longer-term interests of ensuring that information continues to flow to the ATSB.”

The government accepted the senate committee’s recommendation to clarify information sharing a year ago but the new MoU had to wait for yet another report, that of the Aviation Safety Regulation Review. It added the exhortation to make the MoU “more definitive about interaction, coordination and cooperation” and, here we are.

“Read in conjunction with the joint policy statement that appears on both agencies’ websites, and consistent with their respective functions under each agency’s legislation, the MoU sets out the framework within which the ATSB and CASA can effectively and constructively cooperate in various ways-including sharing information, without compromising either agency’s important and distinctive responsibilities in support of a shared commitment to air safety,” said Skidmore.

Keeping in the loop with coroners

CASA is often called on by state coroners investigating aviation deaths, usually from light aircraft general aviation accidents, but the Commonwealth ombudsman Colin Neave says the public isn’t getting the full value from the aviation regulator’s participation in coronial inquests.

Last week, Neave criticised CASA for “a lack of public response or visible action” in relation to coronial inquests and called on the regulator to publish how it implements recommendations from coroners — and perhaps most importantly, its reasons for accepting or refusing each recommendation.

Most often, CASA first learns of accidents through the media, but also gets information through ATSB, police and recreational aviation organisations. But, Neave identified, coroners do not always actively notify the federal aviation safety watchdog that they are looking into the circumstances of an aviation fatality:

“In its initial response to our investigation, CASA expressed frustration that on occasion coronial inquests into aviation fatalities have been held and completed without notice to CASA. It explained that this means CASA loses the opportunity to participate in the proceedings and provide the hearing with important information about its role and functions and existing regulatory arrangements, which it asserts are often misunderstood. CASA advised that, in such instances, the resulting coronial findings and recommendations may be ‘less than well-informed’.”

Consequently Neave recommended CASA improve its working relationship with state coroners’ offices to keep it in the loop and assist with providing expert advice. CASA, broadly, accepted the recommendations.

“…and their predecessors — whose responsibilities and staff members meet in the emotionally charged field of air crashes — have had formalised arrangements for decades but Skidmore traces the latest one back to the tragic Lockhart River disaster 10 years ago. CASA copped heavy criticism from the families of the 15 victims after the airline’s shonky practices were revealed, and the coronial inquest that followed showed there was little trust between ATSB and CASA…”

…the PAIN editors have agreed to my releasing a past PAIN report titled – Lockhart River. A flawed investigation.

Quote from the Executive Summary:

…From an industry point of view, it appears that the inquiry was ruthlessly driven to an almost forgone conclusion; primarily by the omission of what is believed to be important information for the Coroner to consider; the inability of the court to interview essential witnesses and examine that testimony. Some of the Coroners remarks seem to reflect this.

It is impossible to conduct research of this kind without at least minimal contact with people who have some form of vested interest in the accident. As a result of telephone conversations with surviving family members this small part of the research project and the Lockhart River research data has been provided to those people and dedicated to the fifteen lives lost that day…