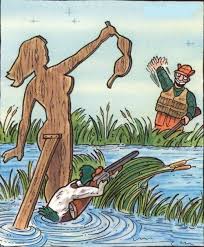 The press release –HERE – from the CASA Board is a significant milestone in the long saga of many frustrating attempts to reform Australia’s aviation regulator. Much depended on the patience, political skill and determination of the new board and it’s chairman. The wait has been worth it; no resolution as yet, but a definitive step in the right direction.

Me too, mind you Boyd doesn’t seem to the towel chucking type. But I wonder how many times he ran the whole gamut of frustration, fury, hair tearing; how many times sat on an aircraft, coming home wondering WTF do I have to do here; or how many quiet beers chased down unsettling thoughts.

He is one of the very few things the minister got right. The load willingly carried by the right man; Bravo Jeff, well done. Lets see, there was a political minefield to get through, a mountain of old, festering skeletons to climb, the total disengagement of industry to combat and internal ructions so moderate; and, it’s not as though he is dealing with honest folk. One of the very quiet ‘wins’ is it seems as though the ‘white hats’ are emerging from under the malign influence of the McComic hand picked crew, encouraged and perhaps seeing the same dim, distant light industry can see. It ain’t a beacon of hope just yet, but there is a distinct glimmer.

Part 61 and the Week tiger team are just the tip of a very ugly iceberg, the construct for resolution is wrong, it should not take a full time, 28 ‘man’ team to rectify. It gives you an idea of just how very bad Part 61 is and how little understanding of it Skidmore has when you see the incredible waste of time effort and money. A small team of perhaps five, maybe six, who actually understand why 61 is a total; duck up, working in concert could resolve the problems in less than a quarter year. The philosophy of the regulation is grossly flawed – the construct amateurish, much like a first attempt at drafting an operations manual. We have all seen them, detailed instruction reflecting ‘how I do it” rather than concise definition of how to do things within the boundaries of law, the tenets of good operation and restrictions of safe operational management. I digress, but you can see the problems Boyd and his fellow board members must deal with; this without the ‘mystique’, politics and fear mongering within.

If Boyd and his board can create the right atmosphere, some of the best and brightest industry has would be prepared to weigh in and help, a fully functioning, trustworthy, dependable regulator. There will always be a natural tension between those regulated and those regulating – it’s natural and healthy – desirable when it benefits all.

We are a long way from Nirvana, but Boyd at least is believable, no rhetoric, no spin no ducking tiger teams; just plain, old fashioned common sense and truth. Most refreshing.

Thank you Jeff and the board for providing some of the best news these tired ears have heard in a long while. Hell it’s even believable. Bravo that man, well done.