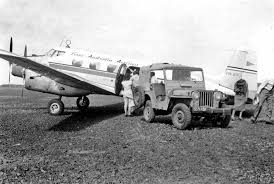 Abbott, Joyce and Truss may not be overly concerned about matters aeronautical, in all probability they hardly even know ‘aviation’ exists in any other form except for free, first class travel, a revenue stream and donations.  Some may even believe that’s fine.  But you would think that winning the next election would penetrate even their dull, self obsessed consciousness.

Now unless I’ve just awoken in a different country, votes matter and they come from people. People who listen to radio shows like the ABC Macca Australia All over.   The not inconsiderable audience, particularly those in the bush are probably more aware of aviation than their city counterparts.  It’s a fair bet they would be aware of the local crop spraying company, know the pilots, have a beer with the operator.  Some may even have; or used to have, a family member who was employed in a related industry, cargo for example.   Every country town is, to some degree dependent on air services for freight, mail, air ambulance, fly in medical specialists, transport to the cities, fly-in-fly-out services to work sites. etc, etc  Many country folks have learned to fly at the local aero club or had children pass through as apprentice engineers.

Sunday morning – Dick Smith calls Macca from Forrest (WA) and, of course is given air time. Over a few short minutes Dick managed to make many thousands of country people very much aware, in an easily understood manner, of the total shambles CAsA and by extension, the government have made and continue to make of aviation.  No need to explain how this will impact in the more remote areas, Dick knows that “Bushies’ are no where near dopey and can join up the dots.  The damage was ‘cleverly’ done; there’s Dick, out and about, going to the wild, remote parts of the country, cheery and selling roaming the outback to those stuck with the daily grind, giving the inept CASA a thorough flogging, to a savvy audience.  Truss and the Nats depend on those same people for votes, donations and goodwill.

The message was simple, clear and concise – broken promises, increased costs, increased regulation, increased cost of regulatory compliance; all driving business and services away from the bush, even out of business, much to the detriment of local business.

Here is a link for those who didn’t manage to catch the interview; fast forward to about 3 hours 39 minutes – Dick is only on for a few minutes; but it’s worth the time taken to listen.

ABC – Macca    (you may have to find the download file and ‘play’ it through your media player – for some strange reason?).

Aye well, it’s Truss and his cronies who need to be concerned.  Senator Dick Smith on an red tape reduction platform, supported by an industry which has it’s grass roots – in the bush.  Can you imagine an independent Dick joining up with Nick Xenophon, got my vote…The pair of them seem to have an idea that Australia is a country; not an income matrix.

And I somehow rather fancy that I’d like to change with Clancy,
Like to take a turn at droving where the seasons come and go,
While he faced the round eternal of the cash-book and the journal
But I doubt he’d suit the office, Clancy, of ‘The Overflow’.

Clancy – A.B. Paterson.  Who at least understood the true spirit of this land and it’s peoples.