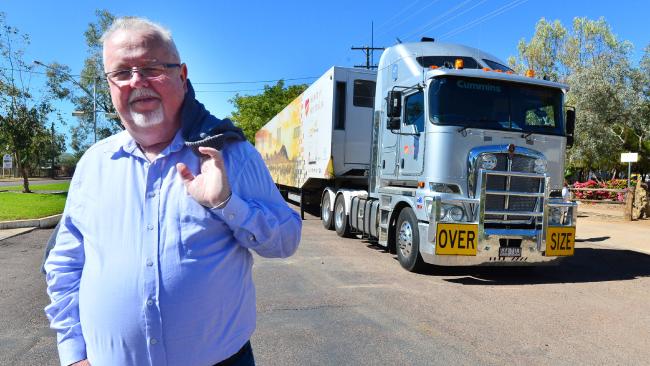 Half loop; roll off the top.

Well, back at page 81 (85) of Hansard again, fresh coffee – all set for another ramble through the woods at Sleepy Hollow?  We plod through to page 83, with Sterle and Gallacher pecking away at the edges of the CASA disassociation diorama; ‘Wingnut’ has led them along a very smooth, manicured pathway through the deep, dark woods to a part where the paths diverge and the road to ASA is open, straight, and mud free. Gently, but firmly like a good work dog; he sets the Senate visitors on their way.

Senator STERLE: No, I fully understand and I do not expect you to know, off the top of your head. But I want to be very clear: does someone in CASA know exactly how many redundancies and in what areas?

Mr Carmody: I do not know the answer directly. I would suspect that we know the areas of the redundancies well, but I do not think a decision has been made by the organisation—they would be able to answer it for you—on what their final number of redundancies would be. I think it would be based on their operational requirement and also on who put forward for a redundancy and whether they would allow that to occur. So I think they have got to manage the numbers.

Senator STERLE: And we will ask those questions—no worries—but I want to be really clear in my mind that CASA, the regulator, is absolutely locked on; whatever Airservices has told them is Mickey Mouse and everyone is safe in the air. At the moment—I am not blaming you—I would have hoped that CASA knows exactly where every single job has gone in which area so that you can come to the committee and tell the Australian people, ‘We are absolutely tickety-boo, no dramas. Air safety will not be compromised by these 500—’ or 900 or 1000, whatever—redundancies that are going through Airservices, let alone—and we will ask them—what else has been contracted out and to who. Let me put this to you: Airservices have a lot of questions to answer on their contracting-out processes—and you hear that Airservices and you know darn well where we are coming from.

CASA involvement in the ASA ‘great shedding’ terminated successfully; right there. Not to labour the point; but, it seems to me that the ‘safety watchdog’ should have been able, from an in depth study, to provide the committee with answers to their questions – from their own research into the ‘safety case’ ASA are presenting, with supporting evidence of the CASA oversight. But no, CASA simply throw ASA under the bus and walk away, wreathed in innocence , clothed in abrogation and not a spot of mud on their boots.  I still believe I could have a beer with Wingnut; but I’d want him stripped to his jockstrap before I’d play poker with him (perish the thought). NX seems to be of a similar mind and makes certain that Carmody is ‘on record’; smart man. NX has been through these things before and whereas he may not be able to prevent another disaster, he does have ‘statements’ on the record, just in case.  The Wingnut sidestep is elegantly executed, but too late, the hooks are set.

Mr Carmody: I am sure that something robust has occurred, Senator. I will have to ask my colleagues, to see whether anybody is aware of anything that might have occurred.

Senator XENOPHON: I would appreciate that. While we are waiting for one of your officers to speak about that, it was not so long ago on this committee—it might have been two or three years ago; maybe Senator Sterle could assist me with this—that I recollect CASA did quite a scathing assessment of Airservices Australia’s functioning operations and effectively put them on notice in terms of the way that they were doing business. That is the case, is it not?

Mr Carmody: I am not aware of that. Somebody else might be.

Roll off the top; neat as you like. Enter Mr. Tiede. Now I liked this fellah; been wrong before and he is CASA, but I got the impression that a real professional had walked on centre stage. He certainly seems to have a sound understanding of the situation and fielded his questions in a calm, competent manner some would even say ‘honestly’ (that being a relative term for CASA). So on page 85 Nick is dancing and weaving, setting a line of questions to answers:-

Senator XENOPHON: Is CASA aware of whether that committee has met or not and considered the safety implications of the restructure?

Mr Tiede: I am not personally aware. I would be surprised if they have not.

Senator XENOPHON: Isn’t that something you should be aware of before you tick off all the safety implications of this massive restructure of Airservices?

That, hits a nerve – Wingnut to the rescue.

Senator XENOPHON: Okay, so these are questions I could properly put towards Airservices, and I will. But my understanding is that Airservices is required to provide a risk assessment to CASA arising out of organisational change. Is that the case?

No matter – NX just rolls with the distraction and keeps on making the nails for the CASA coffin, which, should any little thing be found out of place in the CASA ‘assessment’ of the ‘great shedding’, he will share with his colleague’s and gleefully hammer them home.

Toward the bottom of p.87, GA and the AOPA get a page and a bit of transcript; but Tempus, like Karma is a bitch; so we’ll leave the CASA session there, with MTF and a perfect demonstration of a reversal turn –or; wing over if you prefer.

Mr Carmody: Senator, if I may, as acting CEO, I did seek an assurance from the board—and I would—and I think that would be an expectation. It is a case of trust and verify. I am the regulator: we are not only going to be relying on assurances.