Any chance of good sense prevailing? 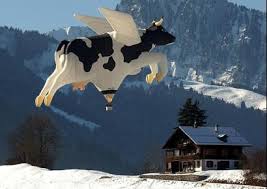 Ean Higgens.  The Australian.
Another nicely balanced article from that man ‘Iggins; some of the subtleties, complexity and complications of airspace management touched on, without taking the topic beyond the grasp and interest of the ‘man at the back of the room’.

Quote:Mr Cash cited as an example of the variety of contradictions a recent incident at his airport, now under investigation, in which a ground staff officer had been forced to make an unauthorised radio call to a pilot to prevent a potential collision between one aircraft and another, which was apparently not making the required radio calls

Cash brings up a good point in a pragmatic fashion; it does happen; not often, but often enough to justify some form of risk mitigation.  I look at the log book pile and decide (as a Sunday treat) not wade through and count the incidents where unexpected traffic has caused a bad language event, in various degrees, to be recorded on the trusty CVR.  The unannounced opposite direction take off leading to a go-around; the same direction take offs leading to bloody dangerous go-around; all at low level.  Then there’s the opposite direction landings which have created havoc; the close encounters with aircraft at low level after just breaking cloud etc.  Thinking back there have been many occasions, outside controlled airspace where advice would have been welcome.

Back in the FSU day, these incidents were ‘less frequent’ BUT, back then everyone had the radio on and were paying attention.  I should do the numbers, but it seems to me that many of the recent ‘cursing events’ were brought about no comms aircraft.  I might add that non of this is a ‘regular’ occurrence and the incidents do tend to stay in your mind.  The mantra of “See and Be Seen” gets trotted out, IMO one the big problems with ‘see and be seen’ is that it is not always easy to ‘see’ traffic; even with TCAS, visually sighting an aircraft is not that simple; particularly if you need to look away to do something else, then try to relocate the traffic.  Great theory and on a perfect day, it mostly works, but there is a risk there and if that risk could be mitigated around an aerodrome, then it should be.  The old chestnut ‘affordable’ safety is so abused now that it has become risible and only used when it suits the authorities purpose; so we may safely ignore that.

Quote:The chairman of Airservices Australia, Angus Houston, has joined forces with the air traffic controllers union in opposing such a move, saying the first duty of the fire and rescue crews is emergency response.

Makes me smile; if the unions supporting the folk on FIFO transport ever cotton on to the notion that their members are placed in a high risk environment and the ASA had objected to mitigating some of that risk and refused to act for political purposes; I wonder what would transpire then.  If there is an elevated risk which can, simply and easily be reduced then the government is obliged to act or face the legal consequences.

All that aside though, it’s great to have someone ‘on the ground’ to check in with, just for the basics – just knowing what the wind is doing and who’s in the circuit is a great help when planning an approach, saves time and fuel, even when it’s not IMC to the minima.  The RFFS troops are not dummies, not by a long shot; responsible, sensible, capable, trained and alert by profession to potential hazard – also they constantly use radio and listen to traffic; so why not?. Considering the millions wasted on executive lunches, travel, hotel rooms by the hour and the occasional ‘new’ system, training for the RFFS troops seems to be a very small amount being well spent, for much gained and mitigating a potential risk.

No brainer Angus; get on with it.  Remember, we pay for this, not you.

Well, here’s one for our aviation Senators; a brawl of epic proportions needing an umpire.  Reading the latest offering from Smith and that man ‘Iggins; it seems that Air Services; managed by that doyen of probity, colour posters and courage badges has, according to their lights, done a splendid job of the Tasmanian radar system, all AUD $6, 000,000 worth, claimed their bonuses and shut the file.

“Not so” says Smith.

“Yes we have” they argue, “it’s CASA who won’t let us use the system”.

“Not us” says CASA, “their system does not meet our robust standards”.

You can, dear Senators see the need for the hair pulling to stop.  Is the system inadequate?, did the public get ripped off?; is it dangerous? .  Who’s to bless and who’s to blame?

We should be able to call in our independent safety analysts, the ATSB, to make a ruling; tell CASA to stop being so precious or, tell ASA to get it done right or return the bonus payments and buy all the required equipment.

But I forget, the ATSB is neither competent or independent and cannot be fully relied on to make an independent, serious safety rulings, can they?.

You see the problem, a side issue may be that with radar coverage, the airlines would save the cost of ‘procedural’ separation, which over a two year period would pay for the whole thing. Any chance of a little refereeing getting done, within a reasonable time frame; anything under two years would be stellar.

Bloody silly when think about it; ain’t it?