And we pay for this … 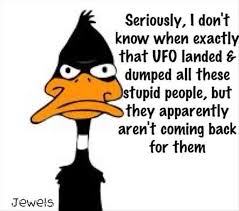 And we pay for this –

The MK &Co article is of double interest. In the first place, it typifies the ‘expert’, hands on, rapid response first class industry analysts must provide to airlines. Make no mistake, both Qantas and Virgin have people capable of providing the required depth in a report and presenting a ‘patch’ to fix it; if not a holistic solution. MK did well, that report was prepared and ready well before the ATSB got even a sensible interim published and a full twelve month before the ATS ‘Final” rubbish.

Which leads us back, yet again, to the ATSB final report. I know, the MK report is ‘technical’ and probably hard work for ‘the man at the back of the room’; but the report is not written for him – is it. The ATSB have (once again) let the public and the airlines down; there are glaringly obvious changes required; Q and VA can define those and present sane, reasoned argument for why the changes must be made; but they cannot issue a Safety Recommendation and force both ASA and CASA to get off their arses and do something. Only the ATSB can do that. The question is, why have they not? Metho-Dolan-ology may be the reason; real the ASI must be slowly but surely going nuts.

MK did the ATSB’s work better, in half the time and it cost the taxpayer not one penny. Go figure.