And so; down the rabbit hole. 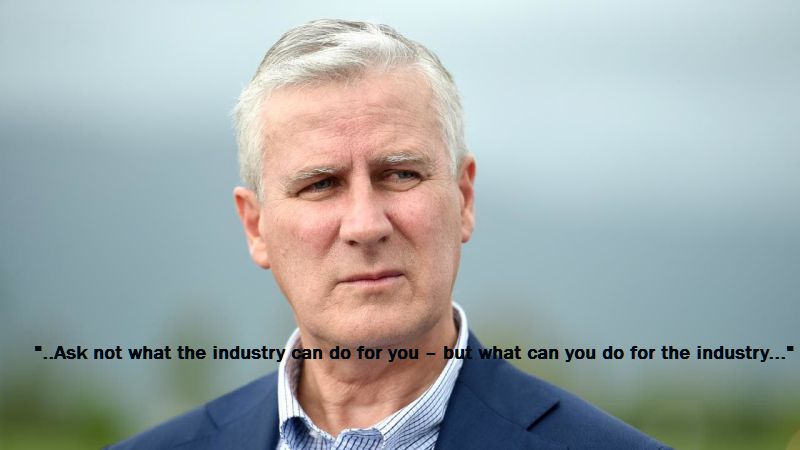 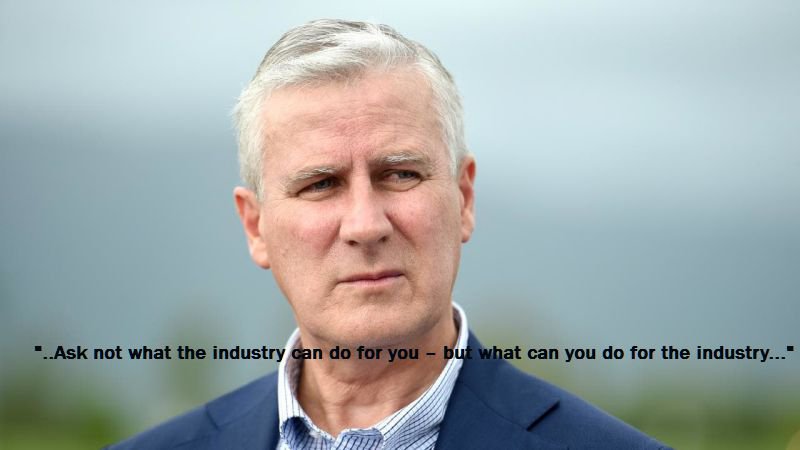 And so; down the rabbit hole.– AP Forum version.

As the desperate struggle for the ‘reform’ of matters aeronautical completes the third decade of the battle – and the umpteenth go around; more and more, the tale of ‘Alice’s adventures in wonderland’ seems an apt parallel. “So she was considering in her own mind (as well as she could, for the hot day made her feel very sleepy and stupid), whether the pleasure of making a daisy-chain would be worth the trouble of getting up and picking the daisies, when suddenly a White Rabbit with pink eyes ran close by her.”― Lewis Carroll, Alice’s Adventures in Wonderland and Through the Looking Glass

There, aviation sits, basking in the warm sunshine, wondering if doing anything was worth the effort. As you can gather from the tale – even a truly remarkable event failed to arouse much in the way of breaking the hold of apathy.

General Aviation Summit 2018 – Wagga Wagga | Sport Aircraft …
Sport Aircraft Association of Australia
Sincere thanks to the AOPA team, and in particular Ben Morgan, for an incredible effort rallying the troops. And special thanks to Geoff Breust, …

“There was nothing so very remarkable in that; nor did Alice think it so very much out of the way to hear the Rabbit say to itself, `Oh dear! Oh dear! I shall be late!’ (when she thought it over afterwards, it occurred to her that she ought to have wondered at this, but at the time it all seemed quite natural);”

It was not until much later did the penny drop; the white rabbit was ‘late’.

“but when the Rabbit actually took a watch out of its waistcoat-pocket, and looked at it, and then hurried on, Alice started to her feet, for it flashed across her mind that she had never before seen a rabbit with either a waistcoat-pocket, or a watch to take out of it, and burning with curiosity, she ran across the field after it, and fortunately was just in time to see it pop down a large rabbit-hole under the hedge.”

Indulge me; imagine; just for a moment, that the rabbit is the Wagga paperwork, disappearing into a large rabbit hole under the Canberra hedge. Aye, ‘tis whimsical, but that very  whimsy stands the test of oft repeated history. Once the documentation leaves the safety of the creators hands – it begins a very strange journey, down into the depths of a very strange mysterious place. Of course ! Alice need not have followed the rabbit; she could have left matters stand and been forever uncertain of really seeing where the rabbit led; or where the journey would end…

“Down, down, down. Would the fall never come to an end! `I wonder how many miles I’ve fallen by this time?’ she said aloud. `I must be getting somewhere near the centre of the earth. Let me see: that would be four thousand miles down, I think–‘ (for, you see, Alice had learnt several things of this sort in her lessons in the schoolroom, and though this was not a very good opportunity for showing off her knowledge, as there was no one to listen to her, still it was good practice to say it over) `–yes, that’s about the right distance–but then I wonder what Latitude or Longitude I’ve got to?’ (Alice had no idea what Latitude was, or Longitude either, but thought they were nice grand words to say.)”

“What has the fool been drinking?” they wonder as toast and marmalade is left to cool. Well, it’s a very simple thing – industry cannot sit on it’s collective and watch as the paper work disappears down a large hole. The principals and tenets established at Wagga need to be pursued, guided, managed and promoted by all, if they are to be adopted. The adoption by the commercial interests would galvanize our confounded 4G minister and his ‘advice’; and, be to everyone’s advantage. As Alice found out – there are many strange and wonderful things which can occur to an innocent, not all of ‘em pleasant. The percentage chances of anything getting done are between skinny and borderline anorexic. History clearly elaborates this as irrefutable fact and needs no embellishment from me. There is a chance to have the changes to the Act made this session of parliament, particularly if advantage is taken of the bipartisan willingness to do so. But, make no mistake – this is not the time to be sitting back, thinking the job is done and dusted. Its nowhere near it. There will be ferocious opposition from the CASA; very real, very fierce, from a crew very practiced in the dark arts of dilution and delay. Much will depend on how Carmody responds; he is a difficult read and essentially remote from industry influence or persuasion, on account of having NDI about the realities of aeronautical life. The incumbent minister 4G does not inspire confidence and seems to be a creature held in the thrall of ‘official’ advice. Nonetheless, the industry, from Big Q down to the humblest flying club all suffer, yoked to the imposed burdens. A change to the Act – now –  will ease that burden; then, all that is left to do the small task of rebuilding the industry. – Piece of cake in comparison to the task of following our white rabbit down the deep, dark, bottomless pit of reform.  – HERE – are some of the opposition swamp creatures just to introduce but a few of the entrenched opposition. And so children, will ye sit there, moribund, by the river dreaming of making Daisy chains; or, get off your arses and help see the job through?

Ask not what the industry can do for you – but what can you do for the industry. (Nod to JFK).

Should there be any doubt remaining in the minds of Senators and lower house members of the dire need for reform, the dreadful tale of Pel-Air should eradicate any notion that the self governing bodies of aviation are the right place to seek advice or be involved in the drafting of ‘policy’. Australian Aviation has published a series of articles relating to parts of this disgraceful episode, there is a Senate inquiry supporting this disgrace; David Forsyth presented a report to the then minister detailing the mess and hinting at deeper, darker matters which could and should be dealt with in private. 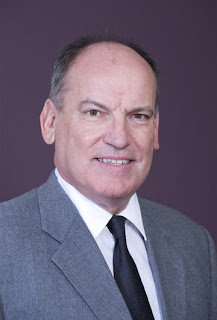 …Confronted with reason to believe the flight crew was only a partial contributor to the accident, the Australian senators called the heads of both agencies into hearings. To John McCormick, director of Aviation Safety for CASA they ask the question, why did you not share with the ATSB, the results of the audit showing serious infractions by the operator of an airplane involved in an accident?

McCormick’s astonishing reply – as reported by Australian aviation reporter Ben Sandilands  – was that McCormick did not consider the information relevant since, the accident was entirely the fault of the captain.

Though you probably don’t need them, let me repeat that with italics; entirely the fault of the captain…

Flying Lessons: Upside Down Air Accident Investigation Down Under http://christinenegroni.blogspot.com/201…l?spref=tw

IMO, the possibility of criminal charges being brought should have been discussed, privately, if not publicly. The entire McCormack era demands a no holds barred investigation. Why? Well, should the public ever become aware of the real story (and they just might) and the events which occurred during this period, running up to what is a very shaky election session, there will be some red faces left struggling to answer difficult, awkward questions related to ‘how come this has been allowed to be swept under the carpet – and why’?  When you’re in a hole – best to stop digging.   A verse for Kaz:- 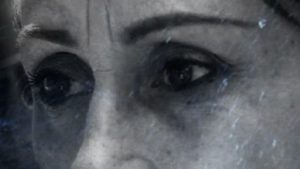 In the fell clutch of circumstance
I have not winced nor cried aloud.
Under the bludgeoning’s of chance
My head is bloody, but unbowed. –  Invictus by WILLIAM ERNEST HENLEY

Which brings us, neatly to a full stop by the ANAO office. Many believe the timing of the audits and the terms of reference are exquisite. With a bit of luck and if the auditors get a wriggle on, the results should be available before the next election cycle ramps up – won’t that be fun? 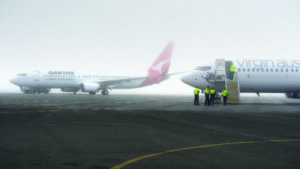 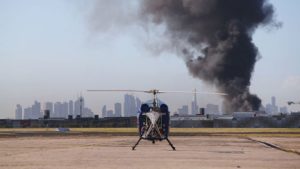 Efficiency of the investigation of transport accidents and safety occurrences
COMMENCED
CONTRIBUTE OPENING SOON
Due to table: April, 2019

The objective of this audit is to examine the efficiency of the Australian Transport Safety Bureau’s (ATSB’s) investigation of transport accidents and safety occurrences.

The ANAO proposes to examine:

Someone needs to be held responsible for truly indecent sums of money squandered for little or no return to the industry which supplies the gelt, despite being fiscally punished by idiot rule sets and living under threat of a criminal record for misdemeanor offences, without benefit of trial or defence. Go hard ANAO, dig deep and tell those who are responsible why we waste the millions. Start with the total cost of Pel-Air and finish with One-Sky; you know you want to.. 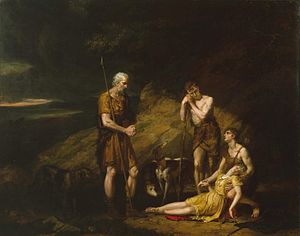 “But the comfort is, you shall be called to no more payments, fear no more tavern-bills.” – William Shakespeare, Cymbeline: Act 5, Scene 4

Aye well – time to crack on – special order today from a Princess/ Artist who at the grand old age of two, has decided that nothing else but a table – made to very specific dimensions – painted ‘Rose pink’ – washable – robust – with no sharp corners – with a small well to hold paint pots and the like – must be made soonest. As it happens, there is some rather nice, seasoned Pine in the racks, which will be light and tough enough to withstand the beating. Mind you, the ‘Rose pink’ paint will have to be smuggled in – Tom is due for afternoon ‘tea’ – I can just hear in now; maybe I’ll paint tomorrow. Away to me dogs – coffee is brewing, muffins are cooked and the day is dawning, bright, crisp and just cold enough to merit a fire when we get home. (turns phone off, finds boots; exeunt through frosty, sleeping orchard. 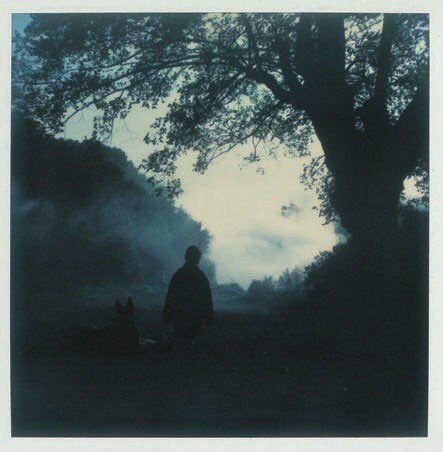