To become a master, a journeyman has to submit a master piece of work to a guild for evaluation. Only after evaluation can a journeyman be admitted to the guild as a master. Sometimes, a journeyman is required to accomplish a three-year working trip, which may be called the journeyman years.

There I was; when whimsy struck – I mentioned, last week, that I was obliged to put together a ‘complex’ piece of joinery, with expensive material. Well I managed; ‘twas “no easy read” as they say in the music game – but manage I did. Not perfect you’ll understand, but, if one listened to the Ooh’s and Ah’s of the recipients; an ego could be built on such. It set me to wondering – at best it was (against the old guild standards) a competent, journeyman’s piece. Sure the crowd loved it – but, I wonder what some ‘master craftsman’ would have made of it? So there I was. Imagining what the ‘master’s’ of their craft would have made of my piece. Every dodgy ‘two thou’ error (a hairs breadth), every bit of sawdust added to ‘fill’ that gap while the glue would accept it; every pubic hair out of square; Hells bells, if I could see ‘em; older wiser more accurate eyed could spot ‘em; why? Well that’s easy to answer – they’ve done it themselves and have not only made the same errors, but attempted the corrections. Journeyman workmanship – top quality – but as a ‘masterpiece’ well; it needs a little more work. Which of course led me to the ‘Manning’ attempt to shovel the whole Pel-Air mess under the carpet. Good quality journeyman stuff – but…..Etc.

I had, (for my sins) completely forgotten the company (due whimsy) I was keeping and why we were all sitting down with pints of ale in ‘comfy’, quiet surrounds. P7’s bark roused me from my reverie. “Well son; what would you do if James were ‘your pilot’? – I know this ‘bark’. Time to speak up.

I look about the table (as I scramble for focus) at the grey heads and grizzled faces attending. No light weight crew this one; no Siree. I can count at least 140, 000 collective hours of flying experience and at least 150 years collective experience as chief pilots, heads of check and training, writers of SOP and Operations manuals; etc. etc. This is a heavy duty crew, each with a copy of the invisible Manning’s’ report.  A poor ‘journeyman’s piece’. The crowd loved it – but the guild ‘masters’ who will allow a journeyman to become a master are not impressed. Aye; Manning’s work is on display. The useless minister may like it, the press will toy with it for a day – but: at the end of the shift; what Manning has produced is not a ‘masterpiece’ – not as the experts judge it. Too much putty, pubic hair and paint to fool the experts.

Six stony, aged, weathered faces look at me with ‘that’ look they reserve for idiots who float off into reverie. “No pixies ‘K’ – not tonight” say’s TOM. So I must collect my thoughts – as a master of one craft – and speak plainly; as if to equals. If I am to be counted among the ‘master craftsmen’ of my trade that is.

So; there I sat. “Well” says I – quiet like “no pilot of mine would have been out there without the tools to do the job in the first place”. “What, in the seven hells was an uneducated, un trained child doing buggering about, at night, trying to land on Norfolk’ (of all islands) in the middle of the bloody night, when he was half asleep, unassisted by the nominated ‘pilot in command’ who seems to have snoozed (without headset) (as was her habit) for a great part of the flight?” “It was supposed to ‘her leg’ after all, acting in command, more to follow on that line of reasoning”. “In short, this event gentlemen, reminds me so much of ‘Lockhart River’ that it almost beggars belief. A fully CASA approved operation, sanctioned by fools and approved charlatans who believe that ‘they’, as the law, have the experience and knowledge to judge an operation as ‘sound’. So completely out of touch with the realities of operating on the ‘raggedy’ edge of reality that they were quiet happy to say ‘Go boys’. How many audits did the half baked Pel-Air system survive?

James, as a product of that system should never had command of the flight. End of. 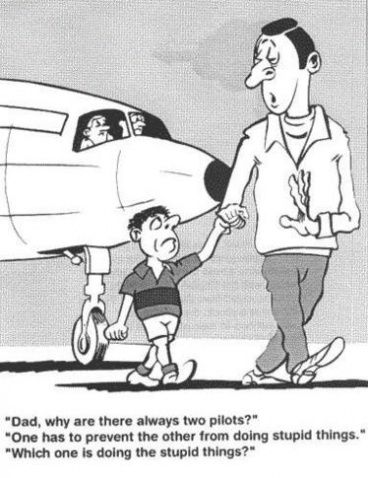 From the indubitable LB, a gem, in a nutshell.

A trap was set for the PIC by the system in which he was variously allowed, encouraged and forced to operate. The ‘tripwire’ on the fateful flight was the incomplete and erroneous weather information about YSNF that misled the PIC.

The PIC’s primary sin was that he did not have ESP.

Half the ‘battle’ of long haul is knowing the ‘legal’ and operational constraints on the operation and on the pilot in command. Long haul is, however a misnomer. A one hour ‘expected’ flight with one hour and ten minutes in the tanks is a ‘log haul’. Sydney to Dallas is what; 16 hours. Piece of cake with 20 hours in the tanks; but problematic when the total fuel on board is seventeen hours and you must land with thirty minutes in board. It becomes a question of training, education and experience. Non of which our erstwhile ‘captain’ had or was given. This event needs to be stripped right back to the bare bones. Manning’s journeyman piece takes 500 odd pages to tell us pretty much what was already known; what it fails to encompass is the operational anomalies, the normalised deviances all enshrined within the company system, approved and tolerated by CASA ‘experts’.

For example; Manning has not raised an eyebrow when we hear that there was no pre departure discussion related to the proposed flight, in terms of weather, residual fuel on board, fuel uplift or options available. The FO sat back and read a magazine while the PIC loaded the fuel uplift; no ETP; no PNR’s; no cross check of the flight or ‘fuel plan’. WTD. There are several other serious elements such as fatigue, lack of operation control etc. which we will examine as time goes by. Not today; I will, in a short while, drag out a favourite ‘old drum’ and start beating it. James is a distraction – nothing more or nothing less.

The Manning epistle is of little value as a ‘loop closer’; it simply deals with ‘the flight’ and manages, quite neatly, to step around the real issues; such as the relaying of weather information. This is artfully done; just enough mention of a massive flaw, to diminish it; but just enough to say “we covered it”. One could present a sound argument that CASA has been criminally negligent in the matter; one could argue equally strongly that ATSB have been remiss and derelict in their duty. You could, over a beer or two even get away with a cover up argument. Why? Well any sensible comparison between the treatment of Airtex and of Pel-Air will highlight exactly and incontrovertibly what was (and probably still is) wrong not only with ‘the Bankstown’ chapter of Sleepy Hollow; but the whole rotten system.

However, to answer the question posed. Any system which fails to address the basic, must have, essential tools for ‘long haul’, international (fuel related) requirements and provides an FO who not only failed, due lack of interest, to take part in discussing the residual fuel on board (FOB) or the uplift for the sector to be operated as PIC, but seems to have eliminated herself, (preferring to read a magazine) from any pre departure discussion needs to be examined. The operating system was badly flawed; from the operations manual (CASA accepted) to the Check and Training system (CASA approved) to the ‘fuel planning’ (CASA accepted) to the Multi crew procedures (CASA accepted). In short, the operation was a long standing buggers muddle which had never been corrected – not by the company or the CASA. This is a fundamental part of the result – a ditching – at night, in open water.

The thing ‘we’ would all like to know is why (how) Pel-Air got such a soft ride in the aftermath; why the Senate committee was ‘misdirected’ and why the spotlight should fall on the flight crew who were as much a victim of the ‘system’ as the passengers. James is no longer the centre piece, he is a bit player in a farce of epic proportions. 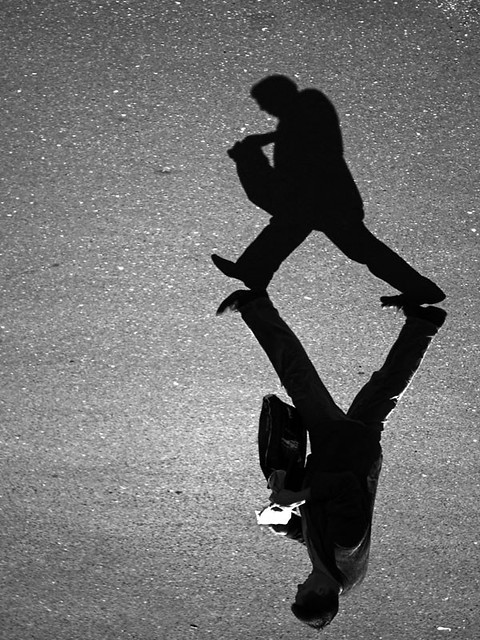 Life’s but a walking shadow, a poor player
That struts and frets his hour upon the stage
And then is heard no more: it is a tale
Told by an idiot, full of sound and fury,
Signifying nothing. ― William Shakespeare, Macbeth.

Aye well; I’ll forgo the pleasure of using the new report to keep the office door open – it’s not worth the ream of paper or the ink to print it.

There are some wise, experienced, knowledgeable heads looking with a jaundiced eye at the Pel-Air debacle. I’d bet my boots on a big push to get the wrappings off this entire package, strip it back to bare bones and sheet the blame home where it belongs. Problem is finding a ‘platform’ and a crowd of people who’s recommendations will not be treated as ‘an opinion’; to be summarily dismissed – again.

More to follow? Absolutely. P2 has started the ball rolling – Guidelines not rules- If the minister won’t do it, seems Aunt Pru must. Gods alone know what has been spent so far on this pantomime; but I get a horrible feeling, looking at those seated about me, that the whole story is about to be rewritten as a factual discussion, rather than a confection wrapped in a thin tissue, artfully decorated to disguise the disgusting, mouldy filling.