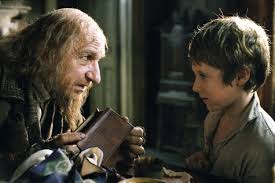 The head of the Skidmore snake is trapped in a cleft stick; there are , he says, no rules to fall back on should Part 61 be rolled back; which is a bollocks.  But, you can see the problem. Countless hours and dollars have been invested by operators in ‘compliance’ and amending operations manuals.  To unpick all of that, revert to the ‘old’, then, when 61 is ‘sorted’ return to where they are now, after more amendments, is not a solution.  Skidmore is correct inasmuch that ‘implementation’ of 61 has been royally ducked up.

Part of this is industry fault, the NPRM etc. was available, but, due to the sales pitch, those who would eventually have to deal with 61 monster and somehow draft it into a COM believed that it would be pretty much business as usual and, simply read the blurb through.  This is an easy error, you usually scan read a rule to get a ‘feel’ for it, then make a frame to hang it on and fill in the detail as per requirements.  It’s only when you get right down into it that the aberrations, the devil in the detail, become apparent.

Of course allowing an egocentric mental midgets to have anything to do with rule by ‘micro-management’ does not help.  One solution could be breaking the rule down into bite size pieces, clearly defined sections per licence and rating.  Drafted in a clear, non prescriptive style. You want PPL section 1, a multi engine aircraft section 2, a PIFR section 3, recent experience section 4, flight review section 5 etc.  Clearly defined applicability will reduce the risk of accidental breach, in fact it (IMO) would almost entirely remove the possibility; same – same for the other ‘categories’.  This could be done in a relatively short period of time.  If an ‘amnesty’ was declared during the interim and perhaps a ‘council’ to resolve conflicts during the hiatus, 61 could become ‘useful’ working law within a relatively short period.

Not saying the above is the answer to the pagans prayer, not at all; but, we need a way forward. Skidmore is posturing, delaying and hiding behind a wall of feel good, fluffy pony-pooh.   As DAS he should be out on the hustings, selling his vision of how the mess is to be cleaned up, he is not.  Why, well IMO, not only has he NFI, but those bear leading him have even less.  Clearly, the job of reforming CASA and cleaning up the Augean stables is beyond him.  The solution is simple, resignation and the appointment of the new DAS to be oversighted by the board and maybe even the Senate committee, terms of reference drafted by anyone but the Murky Machiavellian crew.

This may hurt the Skidmore feelings a little, but it ain’t personal; the well being of an industry comes first, by long chalk.  The Minister and his PM should be aware of this; Truss has a little more yet  to do for aviation methinks, than read out pre-prepared speeches of purblind, meaningless bollocks to the converted and the entrenched.

Shame on you Minister, shame.

For Want of a Nail