A half dozen things Turnbull could do for aviation. 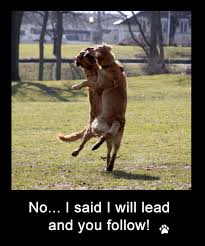 A half dozen things Turnbull could do for aviation.
I believe it would take the PM less than a hour to earn some significant brown-eye points and settle the aviation ‘scuffles’.  Think of all the happy people associated with aviation telling their nearest, dearest and passengers how MT, the boy from Paddo turned it all around in a heartbeat; what great insight, fantastic leadership and the benefits to the economy beyond calculation.  Bravo that man of vision.
1) Appoint a junior Minister for Aviation; David Fawcett would do very nicely; in fact any of the Senate committee would do.  Anyone who has been through the Pel-Air debacle, the ASRR and TSBC reviews or the ASA performance inquiry would do just fine.  But give whoever the horsepower and a big stick.
2) Get shot of Beaker, Halfwit and Slydmore; then appoint Jeff Boyd, David Forsyth and a half dozen other industry savvy types to form a joint ‘oversight’ committee to enforce the directives of the Junior minister.  Let them set the terms of reference for hiring the new departmental leadership.
3) Institute changes to the Navigation Acts.  One Act, clearly drafted, constitutionally acceptable, written by those a PM could trust with such a task, give them a time line – say 18 months – the whole thing could be over, done and dusted, by the next election.  Gold star from aviation.
4) Authorise a ‘proper’ redraft of the regulations, by professionals.  The previous money spent has been wasted, accept that and write off the loss.  Declare an amnesty on all ‘alleged’ breaches and appoint an impartial, independent judicial review board to assess, against criminal law tenets each case, on merit, as per CDPP rules.  Winnow out the ‘rubbish’, punish those who need it and FFS remove the ‘aberrations’ against the evidence standards demanded by the law, accepted by the AAAT, used by CASA.
5) Create an ‘accountability’ system for those who work for the government aviation agencies.  Much of the damage to industry/ Govt. relationships has been caused by those who have and continue to use the ‘system’ as a weapon against individuals and companies, without there being any hope, let alone chance of a ‘fair shake’.
6) Last, but by no means least; through leadership and a sense of common decency; remove the fear which is creating anxiety in aircrew; fear of being declared ‘illegal’ and ‘criminal’ without a hope in hell of ever getting a fair hearing – under the rules of evidence – for criminal case law.   If we must use the criminal code, then ‘administratively’ enforced, strict liability cannot be used in it’s stead.  Double jeopardy has not been a fair call for many a long year.  If you don’t think it exists, ask John Quadrio; or, any of another dozen I could name.
None of this is expensive; the tools are already in the box.  Put those powerful  tools in the hands of the right craftsmen and the transformation will take your breath away.  Leave them in the wrong hands and the demise of a once vibrant, profitable, beneficial industry will happen between now and the next election.
It is Sir, that serious, urgent and necessary.  Needs must, when the devil drives.
Selah.