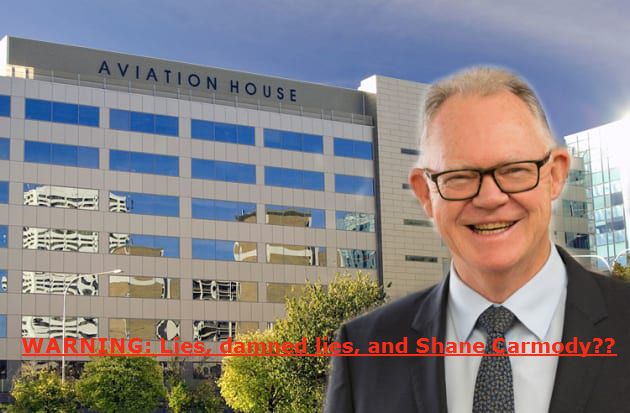 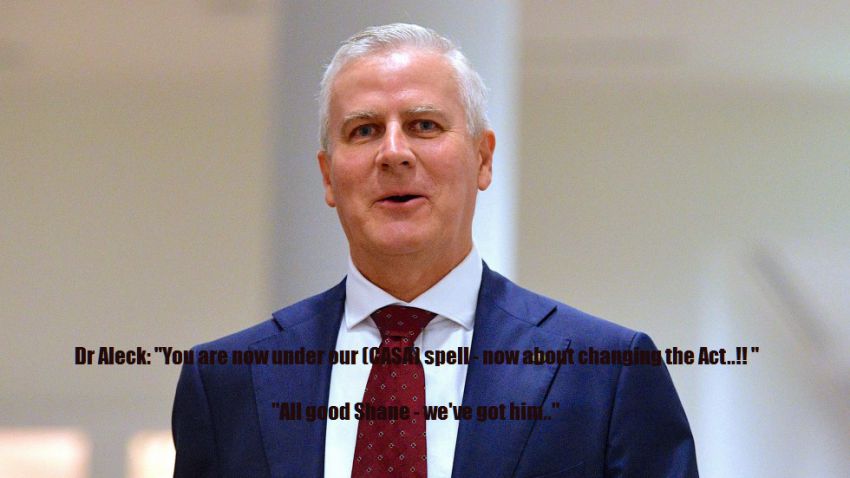 Part I – Home truths.
“Every traveller has a home of his own, and he learns to appreciate it the more from his wandering.” ― Charles Dickens.
‘Tis true; no matter which far flung corner of the world you return from; even after a refreshing break from the hum-drum of routine, for me, it’s always the same. The dogs go ballistic, the bags hit the floor and off we go for a romp to reaffirm the strong bonds; then there is the cat to contend with. I’ve learned, over time, to ignore their cool ‘oh – you’re back then’ arch looks and retire to the stable. Always, it is the core of my very being, to stand by the bench and pick up a favourite tool, maybe take a shaving from a billet (just to make sure all is well) – it is then that the cat will appear; they prefer their greetings to be quiet affairs, far from the rambunctious, undignified antics of the canine louts. So, peace returns, the coffee is as good as one remembers, the shower just right – all the things which say ‘home’. Bloody marvellous, until it is catch up time. Then, its a long session with Aunt Pru.

“I am in a ridiculous humour,’ quoth Eugene; ‘I am a ridiculous fellow. Everything is ridiculous. Come along!” ― Charles Dickens, Our Mutual Friend
Check list – smokes, ale, computer fired up, e-mail checked – all good. Then we begin to read. The first thing you notice after a complete break is how ridiculous the situation is; how totally absurd; it beggars the imagination. We have an industry which has been in crisis for three decades. We have an ‘Authority’ which, for the same period of time, has engineered an almost totally unaccountable system, with unlimited powers and an ability to defy Parliament, the Senate in Parliament, Commissions of Inquiry, Royal Commissions, international audit findings, independent reports, government recommendations, industry demands, requests and pleas for sanity. We also have had and still retain a succession of lilly- livered ministerial types who enjoy what is arguably one of the world’s most infamous protection rackets. Completely protected from any and all responsibility by the machinations of the ‘authority’ at no cost to themselves (bar the odd conscience tweak) but at great expense to the folks who vote for them. A never ending story. The inestimable Pheelan began recording the aberrations, abominations and anathema at least two decades ago. Enough hard fact and empirical evidence provided to turn the bowels of a stone idol to jelly; did any of it make an iota of difference? You know damn well it did not. Did any of the untold sums spent by government to bring about reform in any way shape or form? You must answer that question in the affirmative; change was made – but only to develop a better system of protection for the ministers and the ‘Iron Ring’.

My story being done,
She gave me for my pains a world of sighs;
She swore, in faith ’twas strange, ’twas passing strange;
‘Twas pitiful. ’twas wondrous pitiful,
She wish’d she had not heard it, yet she wish’d
That heaven had made her such a man ― William Shakespeare, Othello,
Mind you, IMO, the industry is, in some ways as responsible and guilty as the ‘authority’ for the dreadful state of affairs. How I’d love a beer in the tap for every operator who acquiesced to some bizarre demand of an FOI and allowed changes to be made within an exposition to expedite an approval. Or; perhaps a dollar for every item written into stone which is classed and acknowledged as “just some CASA bull-shit” which they need to be seen to do – but only to keep the latest CASA auditor happy. The CASA created problem is a serious threat to air safety; there exists, in the now, two very separate systems in operation. The ‘lip-service’ system to keep CASA out of the office and off the flight line (blind compliance) and the covert, word to the wise system. The more the draconian enforcement of ridiculous rule sets persists; the greater the underground movement resistance to the ‘absurd’ grows. CASA live in a protected, off world environment; remote from operational reality. This is truly dangerous and, IMO, the further CASA devolve from reality and deny the need for total reform of regulator and legislation, the more dangerous the situation will become. A reality fix is needed. This can only be provided by a director who is not a dyed in the wool system parasite and minister with the brain to see the dangers and the balls to push change through and make it stick. Alas, the complete disrespect and distrust industry has for both the minister and the CASA empire builders will be a tough row to hoe for anyone who is touted as a messiah. Lots of dirty water under the bridge, lots of blood spilled in the dark back alleyways the CASA acolyte’s frequent, decades of resentment and a complete lack of faith combine to make the task of true reform almost an impossibility.
“Everything not forbidden is compulsory” ― T.H. White, The Once and Future King
I expect it is Sunday, somewhere on the planet; so – “con su permiso” – I’ll post this twiddle today and spend the remaining weekend as pleases me best. I’ll leave a stray thought behind for the ministerial protection crew. 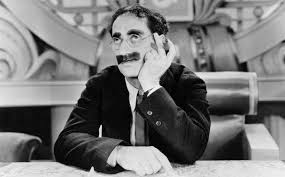 “I have nothing but respect for you — and not much of that.” ― Groucho Marx
That’s’ it; duty done. “Away to me dogs” I need to ramble among the treasures which restore mind, body and spirit.
Selah.
Part II – 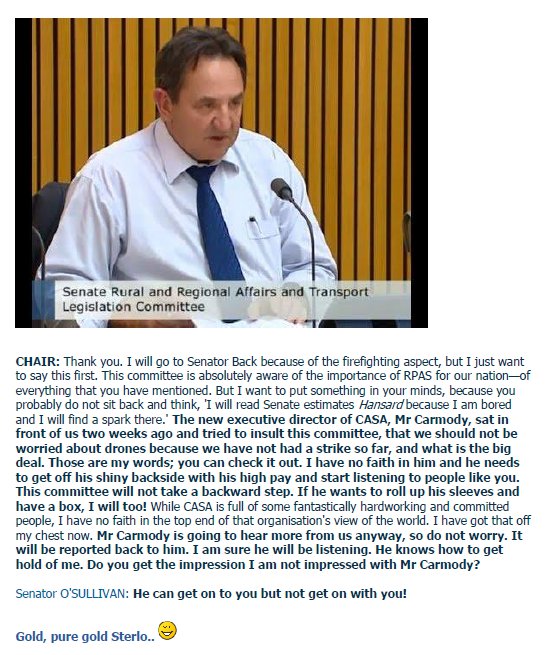 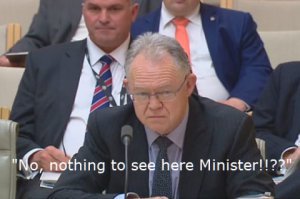 Senator STERLE:  I just have an observation. I don’t know the minister. I think he’s probably a decent human being but, unfortunately, ministers get entrapped by CASA. I’m no stranger to the operations of CASA. I have been in many political punch-ups with CASA over the years, to the point where former Senator O’Brien from Tasmania and I instigated a Senate inquiry into the operations and governance of CASA. That was nicely buried away. I think, Chair, it’s probably time to revisit that again.

Mr Morgan:  I will make a very brief comment on that. I think that you have absolutely nailed the issue for us. On the discussion of flight training organisation regulation and the independent flight instructors, when we met with CASA to discuss these concerns the director of aviation safety and his deputy were in that meeting and they were joined by the two people who were actually responsible for part 1 41 and 42. I think it is fair to say that they were, frankly, not interested in hearing a critique of their regulation. We had a representative from the United States give a comparison—what happens in the US versus what happens in Australia. That same person, Mike Smith, gave a presentation at Wagga. They switched off. They demonstrated themselves as absolutely unwilling to listen and had a complete desire to avoid any discussion of changing what they had created. It became alarming for us when the minister for transport was recently announced, because his aviation adviser is one of those individuals. So we cannot have a discussion with the minister about changing this part of the regulation. I’m not saying that there is a conflict; I am saying that it becomes a very difficult exercise for us, from an industry perspective, to have an open and free debate on the issues if the persons involved are demonstrating a total unwillingness to be open-minded about it.

And to the good Senator Sterle’s word… 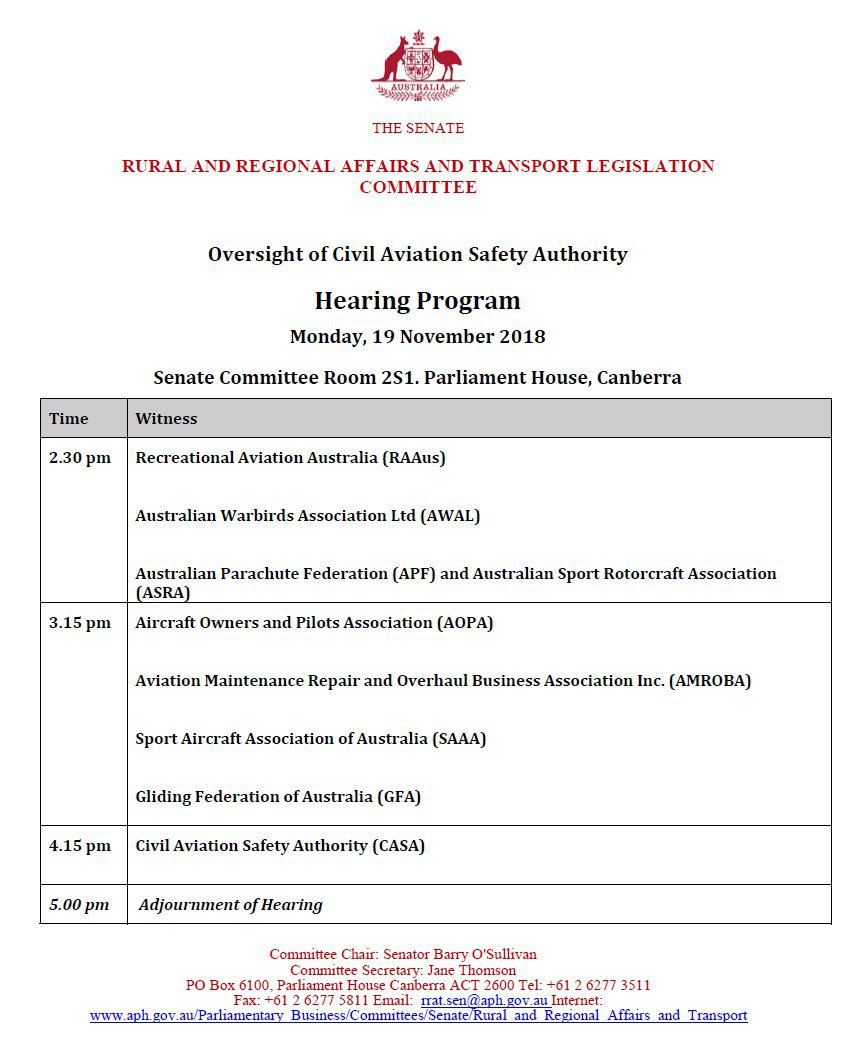 Plus from off CASA meets the Press:

You have to wonder why the editorial staff of a publication, such as Australian Flying, tolerate reporting which is neither ‘straight’ nor informative. They have, I expect, a minimal market share in a competitive field with a limited audience. The ‘story’ (for wont of better) Hitch is blindly groping around the edges of has only two main elements, to wit, the ongoing battle for reform of both regulator and regulation and those who oppose that reform. It really is that simple. The key pieces on the board are industry; CASA, and the incumbent minister. A game of thrones: of influence and of power exercised.

What Hitch fails to have the hutzpah to address are the base issues; scripting opinion instead of simply reporting the facts – as they stand – having investigated the story thoroughly. The wishy-washy tumble of words presented cannot be taken as a serious attempt at ‘journalism’ although Hitch does try to sell the notion that he is, in fact a real deal ‘Journo’. He ain’t, not by a long shot.

Tomorrow, there is to be a public hearing related to matters aeronautical; yet nary a word of this from Hitch. It is, IMO, a pivotal session of the RRAT committee, revolving around a grass roots matter – medicals for private operations and the CASA created battle between two warring factions for supremacy. That both need their fool heads banged together for falling into the cleverly laid scheme to divide and conquer that element of recreational flying and thus diluting the universal call for reform needs to be amplified. Hitch fails, once again, to present an unbiased, clinical assessment of the situation as it stands.

Then, we read the half baked analysis of the Act and the SOE, which, once again, demonstrates the Hitch version of cart before horse. Clearly, he just ‘don’t get it’. In simple terms the nexus lays with the Seaview accident and the Staunton report. There was a determination made that no matter what, a minister would never, not ever, be put into the same situation again. CASA responded by demanding more autonomy, grabbing both control and money. SAFETY was to be paramount; political safety that is and so began the unbridled reign of the big R regulator. This has become a happy thing for all ministers as they are iron clad and bullet proof from any and all association with matters aeronautical. Guilt free and publically blameless. CASA milk this for every drop and will defend the unlimited power and unaccountability for all that they are worth. Why would anyone willingly dismantle a smoothly running protection system like that to satisfy the calls of a very small minority group? Don’t make any political sense whatsoever.

Yet the need for reform is obvious, the need to free an ailing industry from the chains of prescriptive regulation which cripple and bind innovation and investment must be broken. The need for a system which does not lend itself to fear of criminal conviction – on whim – without trial is blindingly obvious. We are a free, democratic country, with rights enshrined in law; removed by the Civil Aviation Act. Could it be said that it is unconstitutional? YES is the answer; this had been publicly said, with the rider that no one could afford to challenge it.

There is a lot more riding on the call for reform than Hitch has grasped, a cartload more. Yet this latest trite, biased, ill informed load of waffle is published. The good thing is only a few will read it; few of those will see the dire need for a united front for reform; even fewer will give 20 seconds constructive thought to how the industry, not themselves will benefit from a united, clearly enunciated, robust call for reform.

Hitch needs to go back to writing his wee tales of joy flights in the latest Tupperware offering and stay away from serious matters he clearly does not understand. Before someone accuses him of dragging the good name of a once respected publication into the mud of deceit and the stench of bias.