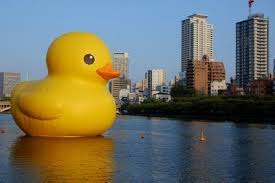 That’s the USA and NZ averaged page count in relation to the Australian Part 61; one page of theirs to 60 of ours, approximately.  The NZ version runs to 80 pages which is still a whopping 37.5 (+/-) to one.  The Wallabies would love to see a score line like that.

Now the cost to produce P61 must have be in the same ratio.  Had the rule made a improvement to industry operations; or, streamlined entry; or, removed some of the fiscal burden; or, relieved the pressures of strict liability and criminal persecution; or, improved safety in any way; then we could all say Bravo, money well spent.  Regrettably, this is demonstrably not the case.

Not only has none of the above happened, but the legal nightmare the rule has provided is becoming more and more tangled as change after change, alteration after alteration, amendment after amendment, exemption upon exemption flow out of the ‘tiger team’ (Yuk) think tank.  It’s a duck up of epic proportions and the gods alone know the true cost.

Not throwing good money after bad is an old maxim, it got to be so old because it has stood the test of time and experience. Yet here we are, all sitting around groaning every time the village idiot, the one with the thesaurus-in-arse problem, spews evermore complex, inane rubbish into the P61 sewer.  Someone should tell Skidmore these are NOT law writers, they are barely qualified flight instructors with inflated ego’s and bladder problems.

It has been an incredibly expensive exercise to produce this aberration; it is costing a mint to amend it ‘on the run’; it will continue to cost industry time, money and heartache to deal with the consequences and yet the farce continues.  Estimates of between 3 and $400,000,000 have, thus far been thrown into the regulatory reform bucket over 25 years.  It will take another two decades and as much money again to rectify and reform the new suite.

WTF are the government thinking; if anything at all?  The FAA or CAA (80 page) part 61 regulations, could with minor alteration be made effective in a heartbeat (E-MC2) the savings enormous, the platform stable and at least one rule set would be intelligible.

It is crystal clear that neither Skidmore, Weeks, the tiger team (yuk), the minister nor even the parliament care a jot about the incredible waste of money to make this unbelievable cripple of an aviation law, nor the huge sums it will take to rectify.  But hey, WTF it’s only tax payer dollars; and what’s a Billion dollars over 50 years to produce a simple rule for licencing pilots, just peanuts; ain’t it?

The biggest load of legal nonsense, operational Bollocks and CASA stupidity ever produced, managed by an idiot, supported by fools and paid for by the mug public.  Stellar.