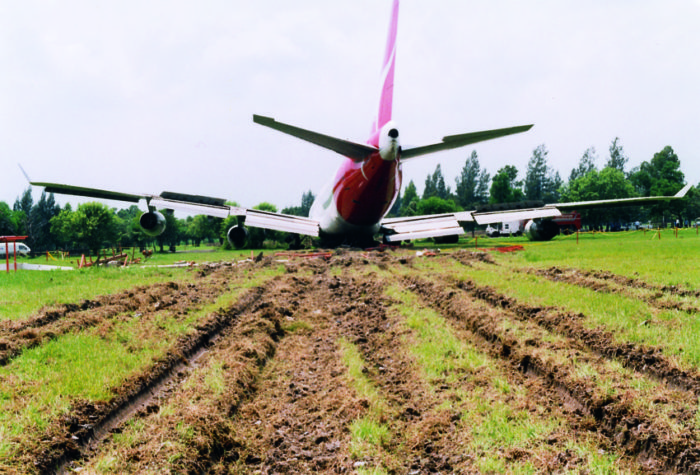 A lack of foreknowledge is a very dangerous thing –well, it is. Think about it; it is probably one of the most dangerous things in the world. If you are standing on a railway track and don’t know there’s a train ‘a coming …—…?

“Wisdom consists of knowing how to distinguish the nature of trouble, and in choosing the lesser evil.”

Machiavelli understood, very well indeed, the nature and disposition a ‘Prince’ must have; no matter how contrary to the Prince’s very own nature that may be. You see children, there is a great deal of difference between that which Machiavelli ‘knew’ must be done and what our CEO of CASA is prepared to do. Oh! our CEO knows well enough what must be done. But lacks not only the balls, but both the ‘external and internal’ political support to do  that  ‘which is necessary’. There are those within CASA who know, categorically, what must be done and to whom it should be done – alas. Moving folks around to ‘neutral’ positions and ‘side-lining’ the odd ‘squealer’ ain’t truly a ‘fix’. Yet without a ‘fix’ CASA is doomed, for lack of fortitude, to continue down the same sewer pipe, with the same rubbish clinging on, until the very industry in this once proud country become as foetid, dysfunctional and dishonest as CASA currently is. Rumour has it that Carmody was sent in to discreetly, smoothly and, preferably, maintain some sort of credibility while quietly sorting the sheep from the goats–alas. But then, Carmody is no ‘Prince’, just another smooth bureaucrat making it look good for yet another do nothing minister. Fire them Shane – you know you want to; you know where the skeletons are buried and you have some serious top cover. For pities sake – will you not just do it and tough it out? No, thought not. Well then, don’t say you were not ‘forewarned’ – you were. Now, I ain’t one for throwing pennies into fountains and wells, making a wish and hoping that wish comes true; but I have a secret one. I wish, for just one day, a short 24 hours, our ATCO’s could run air traffic the way they know it should be done. They are very good you know, seriously, they are. I would like to have 0.01% of the money they could save given free reign to run the system for that day. Worth the odd penny in a fountain I’d reckon. Their association, CA is a very savvy, efficient outfit and yet the media this week make mention that they have been ‘given a cold shoulder’ regarding input into the Defence orientated “One Big Pie” scam. The incredible amounts of money the ‘top end’ of Defence get through is seriously crazy; and yet, no one ever challenges them. IMO ‘Defence’ has a lot of questions to answer. Questions related to ‘civilian budgets’ purchasing their mates One Sky system, to the exclusion of all others and to the benefit of a very small, privileged, inside group. All was well until a Halfwit was overdosed on self esteem, delusion and faux expectations. The One Sky – pie in the Sky and those feeding on it will disappear when the lights get turned on. Provided the associated minister grows a set and turns the bloody things on. The bus is late: but no matter– it will turn up and old Bill Heffernan will be laughing his socks off.

“The point is not that I don’t recognise bad people when I see them — I grant you I may quite well be taken in by them — the point is that I know a good person when I see one.”
― Enid Blyton, The Rubadub Mystery

Two of the most arcane, dark arts known to aviation are air space design and aircraft performance. Both subjects are devilish tricky and we who rely on the experts arts to prevent banging into buildings, mountains and radio masts must have absolute, total faith in the official data provided. Most pilots can struggle through an aircraft performance graph and work out how to avoid hitting things; what they cannot do is measure the dimensions of the runway and the all important safety boundaries between the centre line of the runway and stuff built alongside it – like the terminal building. For this information aircrew rely on published data, provided by ‘the authority’. You only need to examine the flight path of the King air which ploughed into a DFO at Essendon (a year ago?) to realize just how quickly an aircraft, travelling at take-off speed covers the ground and just how essential the along side safety zones are. CASA keep diverting attention to the runway end zones which are a different animal to the ‘along side’ (runway width) zones. I refer you, once again to the excellent data provided by Mr. Peabody – HERE.

“The safest road to hell is the gradual one – the gentle slope, soft underfoot, without sudden turnings, without milestones, without signposts.” ― C.S. Lewis, The Screwtape Letters

P2 has, finally, (we believe) managed to unravel a serious puzzle. It should be noted he did this with some of the first class assistance we have come to expect from the unsung ‘Secretariat’ for the Senate estimates. We are not allowed to send ‘em Choc Frogs etc. but if we could; be assured, we would. Anyway, Bravo, thanks and Cheers. Within the P2 post, there is an extract from Hansard, from Glen Sterle.

Senator STERLE: As we have heard, there were three different stories from the pilot as to how much rest he got. With the greatest respect, I think it deflects from the work of the committee, because if you have one man saying three different things—and no one knows about fatigue management more than me, because I do not do it too well. Coming from my ex-industry, that is all I was doing for four years—arguing the toss about fitness for duty.

There is a Hansard video of this section, can P2 oblige during his graffiti session?

I often wonder if the good Senator realizes just how closely related the two industries are; particularly regarding fatigue, ‘schedule’ and maximum legal load? It is no wonder at all that the Senator is confused – given the unbelievable, tangled mess our good intentions regarding fatigue and safety management systems have descended into. At the moment everybody is angry and confused. When you add the mindless fools at CASA who ‘track’ flights, using ‘flight aware’ and parlay their assumptions into real penalties, with serious consequences, you have to ask just which lunatic is running the asylum. Fatigue is a very individual, personal thing. Operators will use ‘the maximum’ legally acceptable duty time as routine. Unions will want more dollars for the minimum; none of this has to do with a ‘tailor made’, agreed fatigue protocol for each individual operation. SMS and FRMS lip service and window dressing almost cost Australia it’s first class ICAO rating. Experts were called in; volumes were written; a solution was offered. What happened – SFA is what; unless you call sweeping aside top class ‘advice’ from experts SFA. No wonder Glenn Sterle is confused – he joins a long line of fellow confusees.

“Is it a very wicked place?” I asked, more for the sake of saying something than for information.  [Cont/..

I probably should say a few words about the latest ATSB report, indeed, I am expected to. So; here they are. Any professional aviator who is prepared to swallow the latest offering of unmitigated bollocks – HERE – should hang up the helmet, scarf and goggles and get a job with the post office. There, that’s a few words; – ain’t it?

/..“You may get cheated, robbed, and murdered in London. But there are plenty of people anywhere, who’ll do that for you.”

“If there is bad blood between you and them,” said I, to soften it off a little.

“O! I don’t know about bad blood,” returned Mr. Wemmick; “there’s not much bad blood about. They’ll do it, if there’s anything to be got by it.”

“That makes it worse.”

“You think so?” returned Mr. Wemmick. “Much about the same, I should say.” – Charles Dickens, Great Expectations.

Well, parliament is back in operation, estimates due soon and the aviation world stumbles along pretty much as it was, with little in the way of real, dynamic change on the horizon; unless you count the impending CASR part 135 as something to look forward to. It will come as no great surprise when that legislation is greeted with dismay and outrage. Even less surprising will be the meek acceptance of the rule set by the few remaining operators forced to work within ‘new’ safety vision. They may bark a little bit, but they won’t bite; they simply dare not, for fear of loosing their investment, not to mention their super funds fighting a vainglorious action in court. “There is much pain that is quite noiseless; and vibrations that make human agonies are often a mere whisper in the roar of hurrying existence. There are glances of hatred that stab and raise no cry of murder; robberies that leave man or woman forever beggared of peace and joy, yet kept secret by the sufferer—committed to no sound except that of low moans in the night, seen in no writing except that made on the face by the slow months of suppressed anguish and early morning tears. Many an inherited sorrow that has marred a life has been breathed into no human ear.” ― George Eliot, Felix Holt: The Radical

Long ramble today, but there is much to consider. Each of the subjects mentioned could easily be developed into a 10 page briefing for the minister. What’s that you say? All been done before, nothing changed, well then; best we pack up, mind our own business and toddle off back stage, out of the way. (Exit – scruffy rabble).

How could you say No to the dog who sits patiently at the stable door with your boots between it’s paws – not too subtle I’ll own, but very effective. “Right, go and find your mate and lets go”. Exeunt stable door; rubs dog ears, retrieves slightly slobbery boots, fade from view down the orchard pathway – whistling. 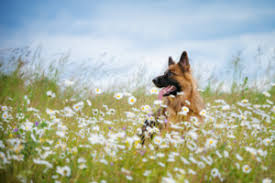